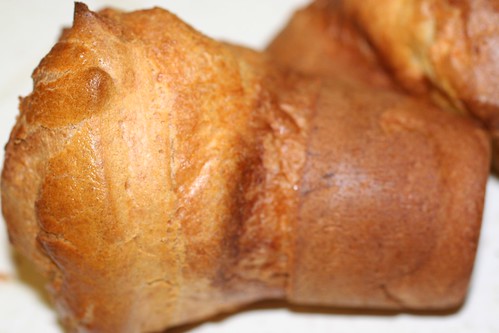 Growing up it was a family tradition on Saturday to go to Bullocks for lunch. It was quite the generational outing that included my mom, grandmother, great grandmothers and aunts. The event was usually for a birthday or special celebration. We would get there early and shop for a while. Then we would go into their lunch room. In addition to the lunch there would be a fashion show.

The favorite part of the meal were the popovers. Each person received a piping hot popover at the start of the meal. They would place the popover onto the plate and when you broke it open steam would rise. They were crisp on the outside and doughy on the inside. Butter would melt into the crevices of the dough.

Popovers are not something you hear about much anymore. That changed a few weeks ago when the New York Times featured them in their food section. Smiling at the memories they brought back I decided to take a trip down memory road.

The recipe itself is easy, I use a blender to quickly put together. Be sure to have the popover pan or muffin sheet on a baking sheet in case the batter spills over. 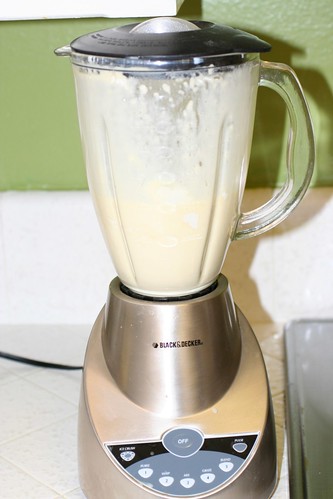 Beat the eggs lightly, then add the milk and melted butter and stir to combine. Gradually stir in the flour and salt. Beat just until the mixture is smooth. Do not overbeat. If the mixture is not smooth, strain it. 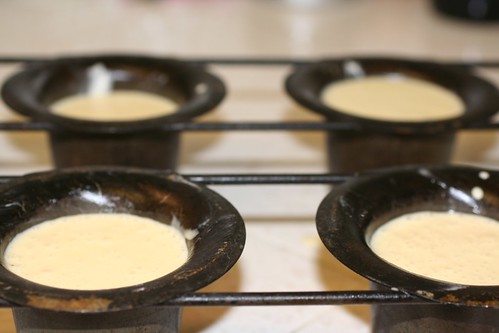 Pour the mixture into a pitcher and then pour into the custard cups. Fill the cups almost to the top.

Bake for 50 minutes. Do not open the oven door during baking.

Do you have a favorite childhood memory including food? I’d love to hear about it.