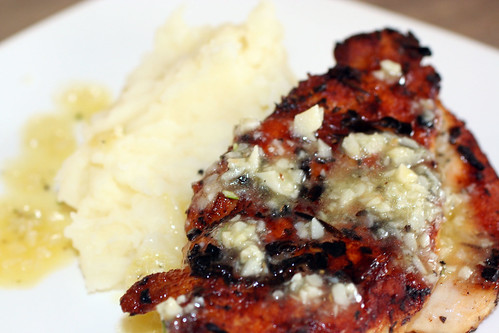 So I have the best new recipe for you! I was in Puerto Vallerta a few weeks ago and we went to Daiquiri Dick’s for dinner. It is located on Los Muertos beach and is a beautiful location.

Both my aunt and I had the Grilled Lemon and Garlic Chicken. It was so delicious. The chicken seemed like it had been cooked under a brick because it was moist inside but super crispy on the outside. The sauce was bursting with lemon and garlic. The chicken was served over mashed potatoes.

When I came home I started my search to recreate the dish…it was that good. I remembered seeing a Mustards Grill cookbook in their window so I googled. Mustards Grill is a tasy restaurant in Napa Valley. It turns out that is one of their signature dishes and had been featured on Martha Stewart’s show.

I bought a grill press and all of the ingredients and started cooking! I know the recipe looks daunting but all but actually cooking the chicken can be done ahead of time.

Make the lemon garlic vinaigrette and refrigerate. I was cooking for two so I cut the recipe in half. I used my little processor and didn’t get it as smooth as I would have liked though it was still very tasty! 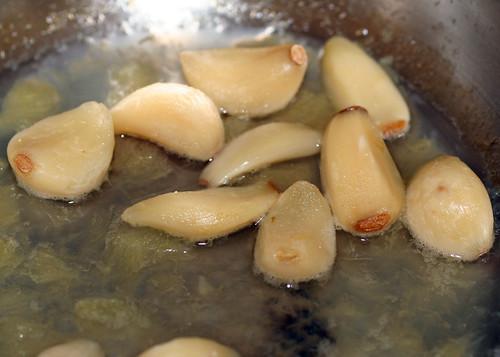 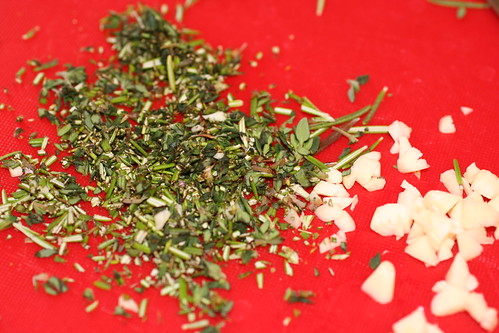 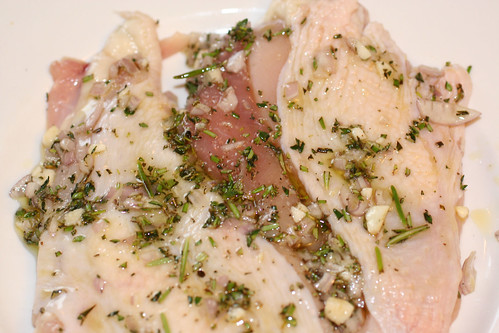 Mix the marinade and you can put the chicken in overnight. I did not make the vegetables but did make the mashed potatoes. 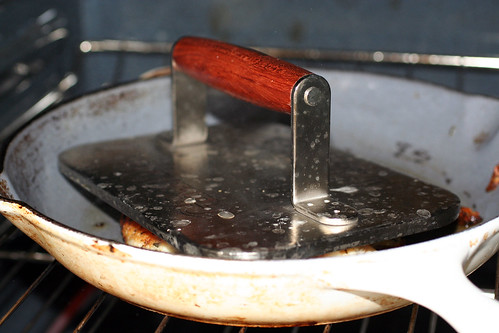 If you have a grill you could grill the chicken and use a grill press or a brick wrapped in foil to keep it flattened while cooking. The skin comes out really crisp. I used my heavy skillet and after browning on one side I placed skin down and put the grill press on. I then put in the oven.

That’s when I smelled something – was it on fire? No, but the grill press is not meant for the oven and the varnish on the handle smelled up my whole kitchen!

This recipe was so good. I would not mislead you. Go on over to Martha’s site and get Cindy’s Lemon Garlic Chicken recipe. Try it and let me know what you think.