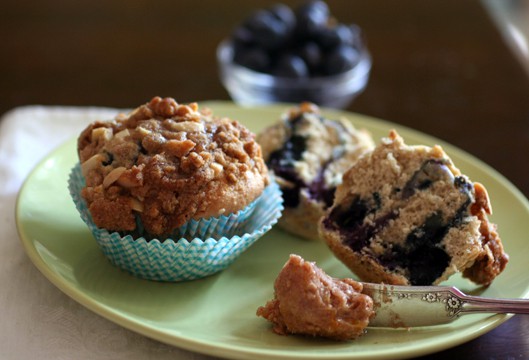 When the fun folks at General Mills invited several bloggers to create something using Land O’ Lakes new Cinnamon Sugar Butter Spread I jumped at the chance. I was intrigued because who doesn’t love cinnamon sugar combined with butter. That combination reminds of a cafe that was at the end of the street when I lived in a little beachside town in Southern California. With their oatmeal they served this  grilled french bread that was topped with this thick cinnamon sugar mixture.

Land O Lakes ® Cinnamon Sugar Butter Spread is great on it’s own but has endless cooking possibilities. The spread is good in savory dishes as well. I settled with Cinnamon Sugar Blueberry Muffins with Streusel Topping. A little orange zest added to a few tablespoons of the cinnamon sugar butter spread made a tasty and complimentary topping for the muffins. This recipe is bursting with the flavors of cinnamon sugar.

Visit here to see what the other bloggers created. There are some mouth watering recipes. Hopefully these ideas will spark a few ideas of your own. For more information visit landolakes.com, visit their Facebook page or follow them on Twitter.

Mix the cinnamon sugar spread, brown sugar, flour and almonds together in a bowl. Set aside. 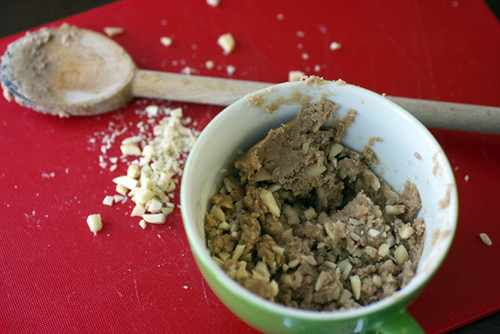 Combine the flour, baking powder and salt in a bowl. Mix together the cinnamon sugar spread, orange zest and sugar in a mixer until light and fluffy. Add in the egg and mix until combined. 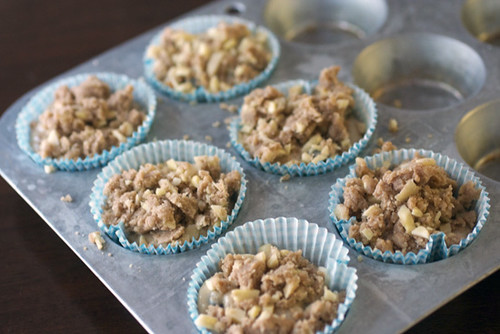 Beat in flour mixture and add milk, beating until mixture is just combined. Gently stir in blueberries. Place 1/4 cup of batter into lined muffin tins and sprinkle with topping. Bake muffins in middle of oven 15 to 20 minutes, or until a tester comes out clean. Remove muffins from cups and cool on a rack.

Mix the three ingredients in a small bowl. Chill for at least 1 hour before serving.

You can substitute raspberries or apples in place of blueberries.

Store in airtight container and they will stay fresh for up to two days.

This is a sponsored post. General Mills provided a sample of the product to try. All opinions are my own.