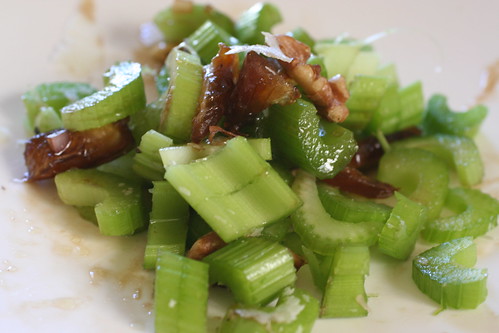 November is here. I love the fall, which seems funny living in Southern California. But I love the crisp air and as much as it is possible here, the sense that seasons are changing.

It is my favorite time of year. The Christmas madness has not started, though this year everywhere I look I am seeing Christmas already. November brings Thanksgiving which is my favorite holiday. It is a great day to spend with family and friends and reflect on all that we have to be thankful for.

Cooking wise I start looking for the Thanksgiving issues of the cooking magazines. Being the foodie nerd I am, I look forward to sitting on the couch and reading them from cover to cover. They are my inspiration for the holidays.

I saw a few new recipes I wanted to try and one of them was this salad. I saw the recipe in the Thanksgiving issue of the Food and Wine Magazine. The salad combined  celery with dates and pecorino cheese. I really liked it. The crunch celery combined with the sweet dates, the aged pecorino and topped with the sherry vinaigrette made for a great little salad. It is light but flavorful and I put it together in minutes.

Sometimes salads get lost on the Thanksgiving table but this would make a great addition. Celery Salad with Walnuts, Dates and Pecorino
November 2008 Food and Wine

1. Preheat the oven to 350°. Spread the walnuts in a pie plate and toast for about 8 minutes, until lightly golden and fragrant. Let cool completely, then coarsely chop.

2. In a small bowl, combine the shallot with the sherry vinegar. Whisk in both oils and season with salt and pepper. 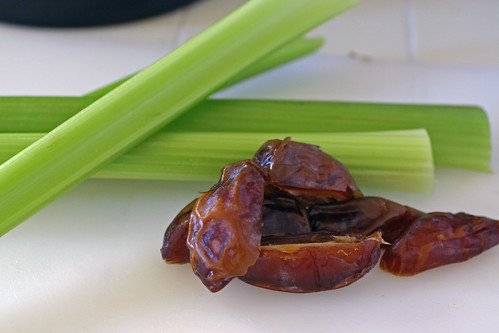 3. In a large bowl, toss the toasted walnuts, celery, dates and pecorino. Add the dressing and toss. Serve at once.