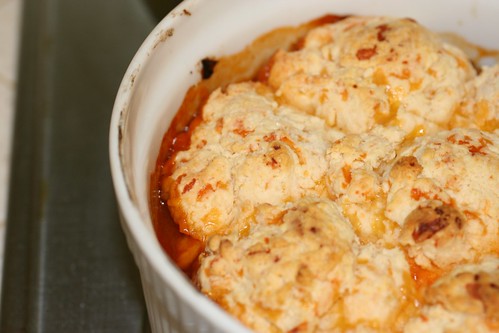 One of my niece and nephews favorite dishes is my mom’s Sloppy Joe’s. A few weeks ago I decided to turn it into a casserole. The kids liked it and even my brother thought it was great.

His compliment meant a lot because my brother was the guinea pig for my early cooking. During his senior year he was forced to endure a few home cooked meals. One memorable meal was my first attempt at spaghetti and meatballs. My boyfriend at the time joined us and I proudly dished it up. After taking the first bite Rob proclaimed it awful. Ernie kept on eating while my brother verbally tortured him. I think Rob threw a noodle on the wall saying it was not cooked. Ernie finally threw in the towel telling me it really wasn’t very good.

Ever since then he has been a bit wary of anything I cooked. To learn how to cook you have to start somewhere and being willing to fail.Thankfully, my niece and nephews are a bit more adventurous. 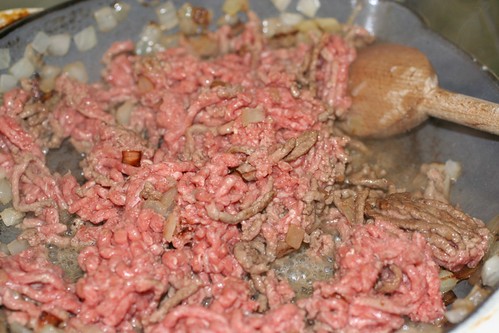 Simmer for 10 to 15 minutes. Place beef mixtures in to casserole dish. Spread the cheese over the meat. 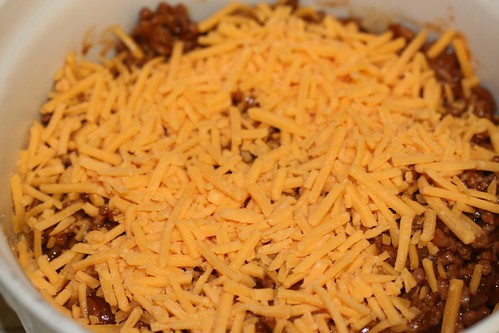 Drop 1/3 cup biscuits in a circle on top of the cheese and one in the middle. Brush with melted butter and sprinkle with a bit of kosher salt if you want. 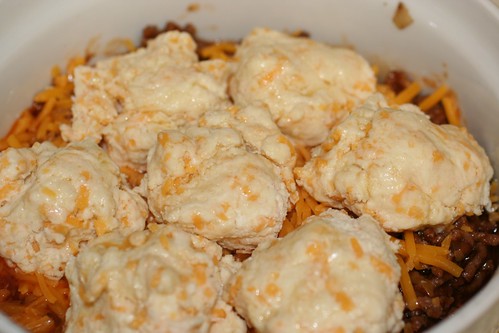 Mix the bisquick mix, milk and cheddar cheese together. 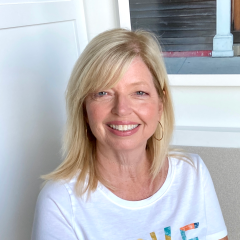